The Power BI – REPORT PACK for Dynamics GP is a suite of 90+ pre-built, dashboard reports for surfacing all of your Dynamics GP data. The Report Pack features stunning interactive graphs, powerful Data Insights, AI Analytics, and Forecasting giving you an unprecedented 360-degree view of your GP data.

If you are a Controller, CFO or Director/Manager of Accounting and Finance or other C- level executive, you will want to see this one-of-a-kind reporting solution and see what it will do for your decision making. Data Analytics and Artificial Intelligence (AI) are the future and we have brought the future to Dynamics GP.

E-Book: Dynamics GP Tips and Tricks Setting up Your System for Success

Get step-by-step instructions and best practices for setting up GP for new users, tips for navigating GP with ease and retrieving important information from the system. 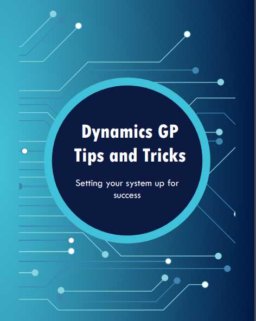 E-Book: ERP Buying Is Easy If You Do It Smart

Are you ready to demystify the ERP buying process? If so, you’ve come to the right place. Based on over 25 years’ experience, our experts share their top tips for a successful selection process and compare the top four options side-by-side, including Dynamics GP, Acumatica cloud ERP, NetSuite and Intacct. 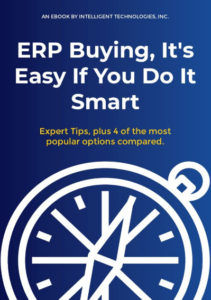 Get the inside Scoop on the latest release of Dynamics GP and the new features you get when you upgrade. 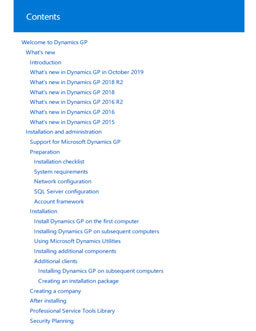 Current clients, are you ready for our staff to do your next Dynamics GP upgrade?  As an important first step, please download and fill out this form.  It will give our consultants the information they need about your existing GP installation, hardware, other software you’re using and goals for the upgrade.

Not yet one of our GP clients?  No problem.  If you are already using GP, fill out this form first to start the process of switching from your current Dynamics GP partner to Intelligent Technologies, Inc.  Once you’ve completed it, please give us a call.

Moving from another accounting package and want to install Dynamics GP for the first time?  Please call us at (336)315-3935 or send us an email using the form at the bottom of this page. 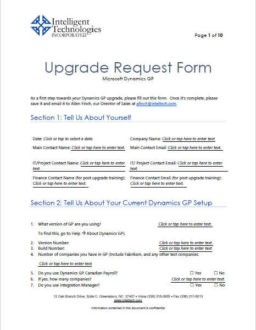 Are you trying to decide whether it’s time to upgrade your GP software and not sure which features have been added since your last upgrade? This chart lets you quickly see what changes have been made since Dynamics GP 2013 all the way through Dynamics GP (October 2019). 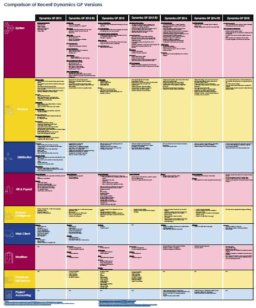 What can we expect during our Dynamics GP upgrade?  It’s a question we get a lot when clients first start thinking about upgrading their Dynamics GP software.  This diagram lays out the basic steps our consultants will take you through during your Dynamics GP upgrade project.  As with any project, knowing what comes next will help you be better prepared and put your mind at ease.

With the October 2019 release, Microsoft Dynamics 365 moved to a new modern lifecycle. This is a big shift from the traditional lifecycle where you had mainstream support and extended support, each for a certain number of years after the release of a new Dynamics GP version. Learn what this move means for you and the support you receive from Microsoft.

Want to get more done in less time? These expert tips and tricks will have you navigating Dynamics GP like a pro, saving you valuable time and effort. 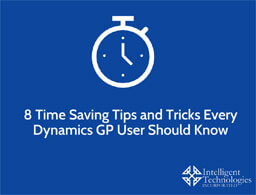 Straight from our experts with over 25 years’ experience get exclusive tips on how to make your year-end close faster and easier. 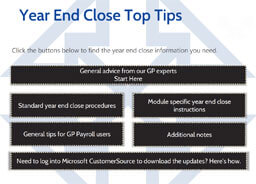 For most businesses, it makes sense to get started with basic accounting software. Then, as your financial and customer service requirements change, you can step up to more sophisticated business systems. But when is the right time to make the switch? Sometimes, if you’re so focused on the day-to-day operations of your business it can be easy to ignore the red flags warning you of trouble ahead. Learn what to look for. 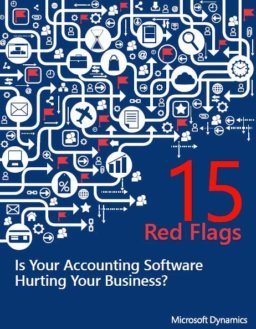 Situation: A fire broke out at a construction site next to the NCACC offices, leaving considerable  damage in its wake. Luckily, the server running Dynamics GP was off-site. But, all the  workstations used to access the system were water damaged and made useless, within a  matter of minutes. Forced them to move to a new location where the Internet connection was just a little faster than dial up, getting their day-to-day work done was still causing the accounting team major headaches. With productivity spiraling out of control, NCACC realized this too was only a temporary solution. They were in desperate need of something to help them get operations back on track. So, Intelligent Technologies quickly moved NCACC to the HTML 5 web client for Dynamics GP.

Impact: With it, they could be free from the constraints of only having Dynamics GP loaded on certain workstations. Instead, they would have access to it from any device. Finally, NCACC’s accounting software would catch up with most of their other systems that had already made the transition to the cloud.

Situation: Platinum Corral came to Intelligent Technologies, Inc. when it decided to undertake an aggressive expansion program. Platinum realized that before these plans could be acted upon, it had to ensure that its internal accounting practices were running smoothly and efficiently. To help with this, ITI created a custom accounting solution capable of delivering daily reports containing comprehensive operational data early enough in the day to facilitate interdepartmental communication and improve operational control.

Impact: Since implementing this unique solution, Platinum has won several awards and tripled its business volume, while only adding a single part time accountant to its staff. 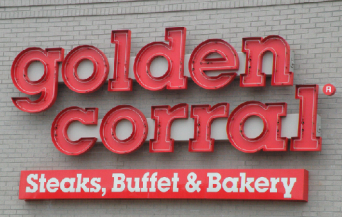 As a leading Microsoft Partner, we have been working with Dynamics GP since 1991. In that time, we have helped hundreds of organizations boost productivity and streamline operations with Microsoft Dynamics GP. Simply fill out the form to learn about our support options, register for your custom demo, or to request more information. 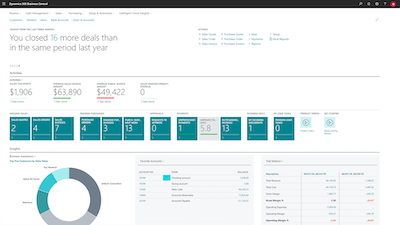